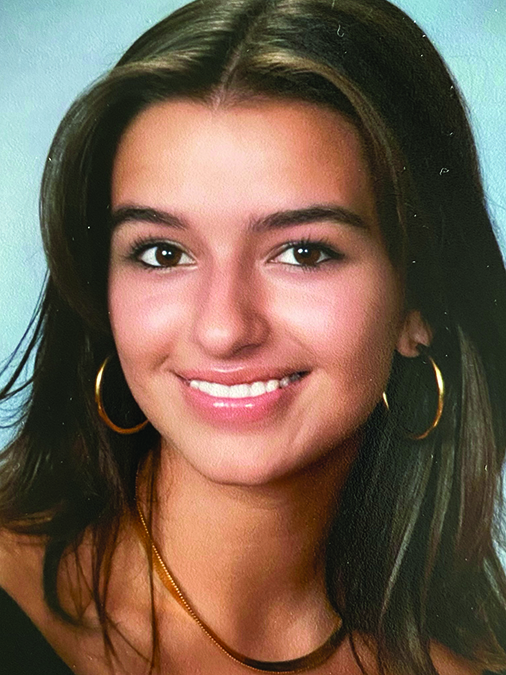 Good evening everyone! My name is Lily Cheatham, the senior class president for the graduation class of 2022 and it is my honor to be delivering this speech to you all tonight.

I have been thinking about what I was going to say in this speech for the past few months. Reflecting back and recalling all of the wonderful memories we have created together as a class. We’ve truly been through so much together, we’ve laughed together, cried together, rejoiced together and even sung together (if any of you can recall our interesting rendition of the short musical Band Stand in middle school with Mrs. Murray).

Through all of the craziness we have experienced in these past four years at HMHS, we’ve stuck together. Powering through two pandemics: COVID-19, and of course, the outbreak of senioritis that began its pervasive spread throughout our class as early as sophomore year. We have remained resilient to whatever challenges have come our way, and despite the numerous quarantines and school shut downs we’ve still dealt with these hardships together, or sometimes just maybe 5 or 6 feet apart.

It should be acknowledged, however, that our togetherness as a class began far earlier than freshman year. In fact I would argue our togetherness was apparent as early as 6th grade; the first year we attended school with one another having graduated from our respective elementary schools (which might I add, many of us still use as identifying factors for the different friend groups that have been created over the years today). Anyways, it’s true that I can remember quite clearly in the early days of 6th grade when we would all walk out to the left side of the train tracks each day, without fail, and we would make a circle in which Will Cody would run into the center of and do a back flip. It was honestly incredible. We would go crazy, running inwards and collapsing the circle so it was now one big mosh pit of 6th graders cheering and celebrating this great feat.

However, our moments of togetherness weren’t always this positive. It was in 7th grade Mrs. Walters homeroom that together we mourned the death of our cherished class pet, George the frog. In memory of George the frog, my classmates and I in Walter’s homeroom decided to be named the “RIP George’s” for the middle school volleyball tournament. And so, even though the RIP George’s were the complete underdogs of the tournament that year, we powered through only to lose in the championship against Rider’s homeroom. Though honestly, the fact that we won any games at all that day was considered celebratory for the RIP George’s.

Flash forward a couple years and I witnessed our togetherness only strengthen as I assumed my role as class president during our sophomore year at HMHS. Let me tell you, that sophomore year Spirit Week was probably one of the best yet most stressful weeks of my entire life. A quick thank you to many parents, especially my own, who willingly dropped everything to make spontaneous runs to Michaels and Home Depot for things like “35 large unfolded cardboard boxes” and “15 packs of fake cobwebs.” Without your help I don’t think we would have been able to put together the masterpiece that was our Stranger things themed hallway. And another big thank you to Jack and the Rippers for performing themed music in every single Spirit Week hallway from freshman year to now. I would never have thought that Kiss Me More by Doja Cat rewritten into a 1920s-themed beat would work, but you guys definitely proved me wrong and I couldn’t thank you enough for putting that together this year.

The willingness of so many people in our class to sit freezing in that unheated garage for two months every day after school and unintentionally inhale copious amounts of spray paint was not only shocking but extremely admirable. I feel so grateful to be surrounded by people who demonstrate such great reliability and adaptability to change.

In fact, I would definitely argue that adaptability has to be the most prominent trait of this graduating class. Whether it be dealing with the school schedule which seemed to change on a daily basis, or having our junior prom at an airport, our class was constantly confronted with change and I truthfully feel that we managed these confrontations with grace. It is my greatest hope for everyone here that you maintain that adaptability and flexibility moving forward in your lives, because people always say “you never know what could happen in a year’s time” and honestly if you had said that to me that before entering high school I’d probably be like, “yeah okay sure but how much can really change in 365 days?”

And well, the answer to that question really came to me as I sat in my room, April of 2020, drinking my terrible cloud coffee, watching Tiger King during “chemistry class.” A lot. A lot can change in 365 days, so all I can say about that is be prepared. Be prepared for the worst, and the best, and everything in between because you really never know what could happen during such “unprecedented times.” And sometimes two weeks is not just two weeks, so I guess try and be prepared for that too.

I am so proud of everyone in this graduating class and I only wish the best for everyone moving forward. I am humbled to have grown up alongside you all, and I can’t wait to hear about all the incredible things you all accomplish going into this next chapter of our lives, so with that, HMHS Class of 2022: Congratulations, we did it!