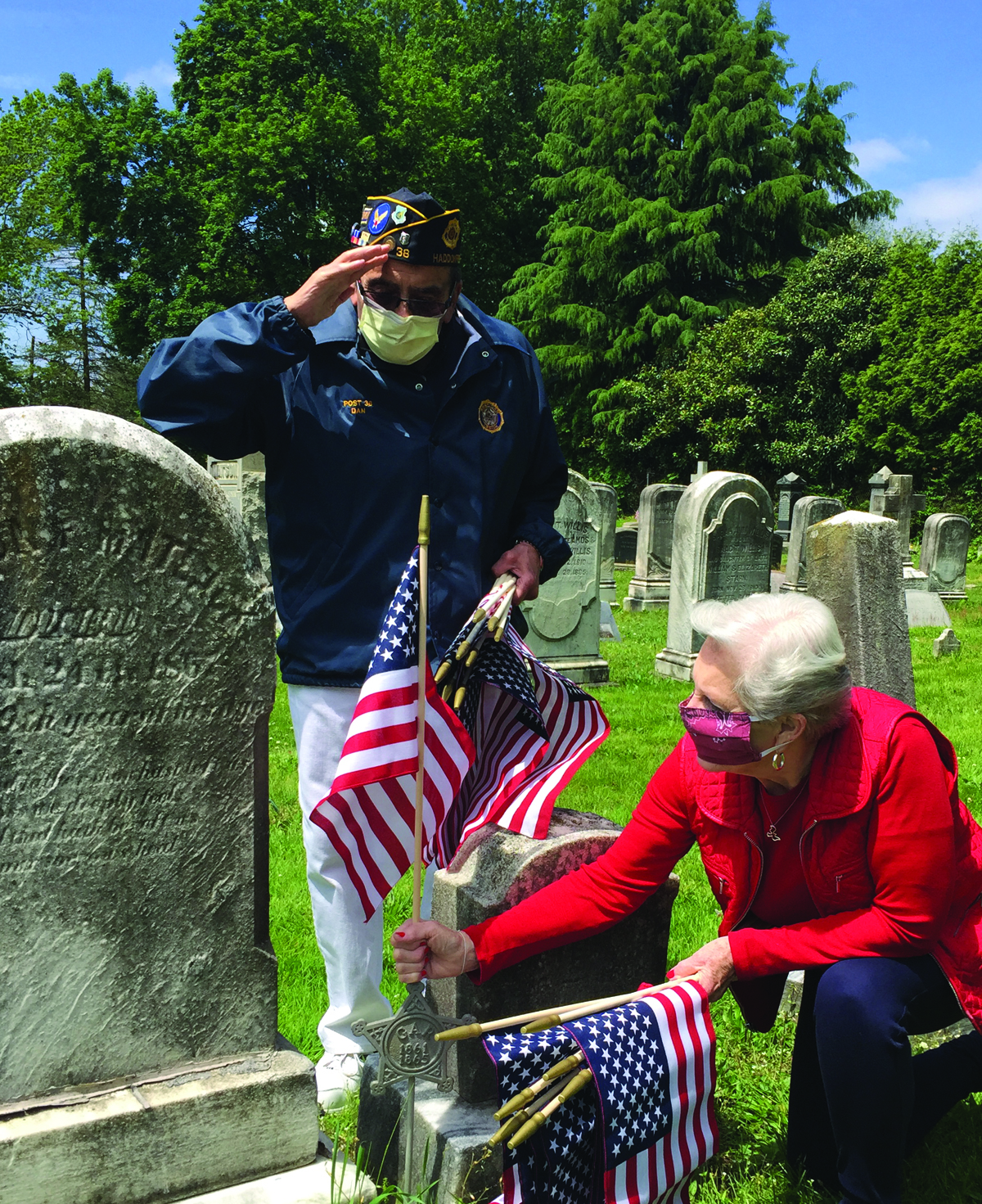 Memorial Day in Haddonfield typically is marked by a number of events:

Memorial Day this year was to have featured a display of 3,837 poppies, cascading from the wall of the school building behind the war memorial, in tribute to fallen New Jersey service members of World War I. That installation has been postponed to October. Details HERE.

At 3pm, members of the brass section of the Haddonfield Pick-Up Band will join with trumpeters and buglers across the country to play Taps on front porches, in a salute to members of the U.S. Armed Forces who died in America’s wars. Read details of Taps for Veterans HERE.

Pick-Up Band member Tom Reiter plans to play at the corner of West End Avenue and Euclid, in tribute to Tom Patton, founder and longtime director of the Pick-Up Band — and Legionnaire (U.S. Army WWII) — who died in June 2019.