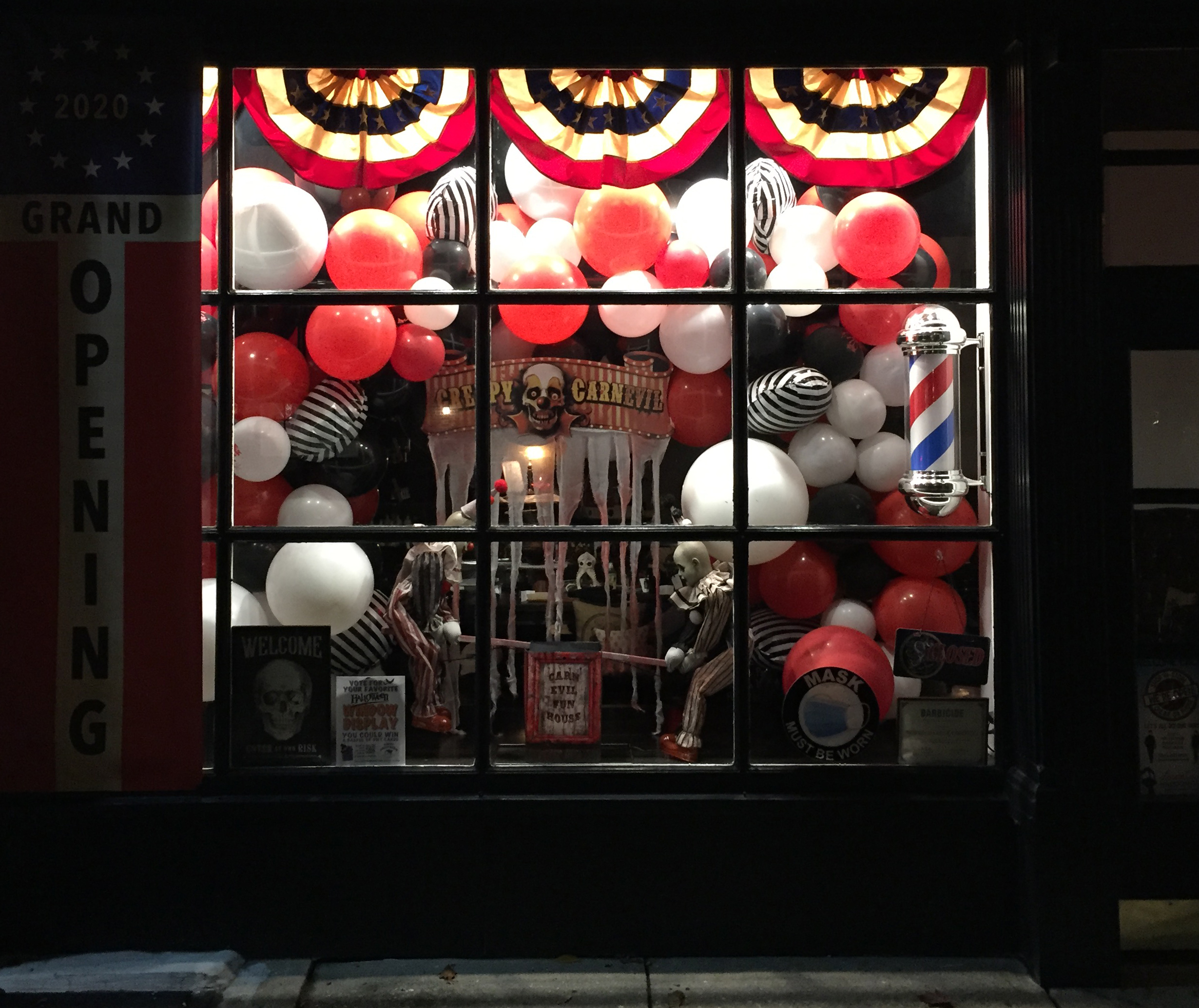 One of Downtown Haddonfield’s newest businesses has been named the winner of the window display contest sponsored by Haddonfield Today as part of Haddonfield’s Haddyween celebration..

The runners-up were Haddonfield Theater Arts Center 120 votes, Melange Boutique 117, and Maison Marcellé 100. A total of 676 valid votes were recorded for the 19 participating stores and restaurants.

One lucky shopper has won $475 in gift cards contributed by the participating businesses. The name of the winner is being held until they have been notified by the store they voted for, Meserall Vision & Hearing.

We thank the stores and restaurants that participated in this contest — a first — and the hundreds of shoppers who voted for their favorite window. We’ll do it again next year!