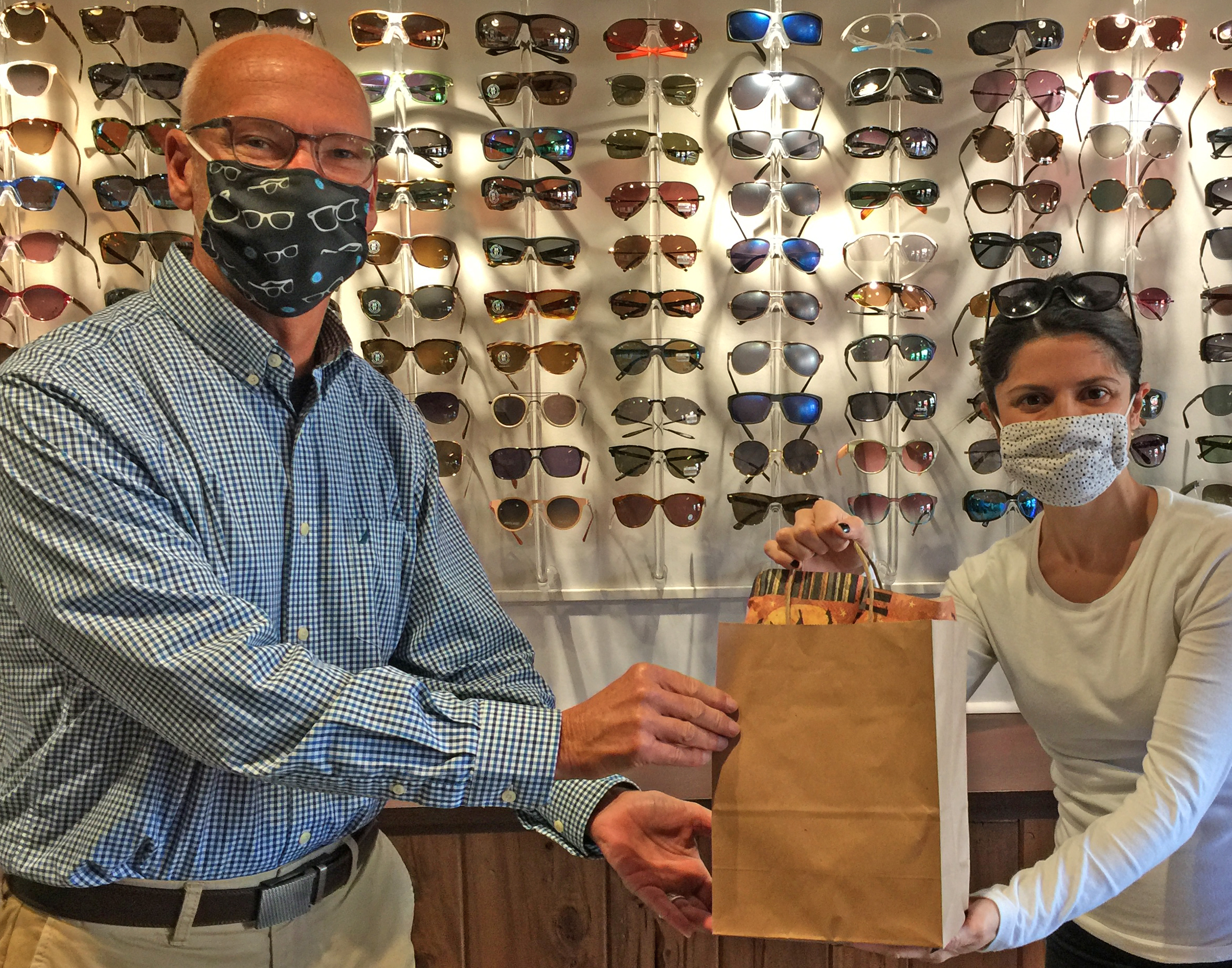 A local woman who says she has “never won anything in my life” is the winner of the “lucky shopper” part of a Halloween window display contest sponsored by Haddonfield Today.

Leah Pappas of Haddonfield won a Trick-or-Treat bag filled with gift cards contributed by the 19 stores that participated in the contest. Leah voted for the Meserall Vision & Hearing window. She received her prize, valued at $475, from Fred Meserall on Saturday.

Norris Barber Company, located at 53 Kings Highway East, received the most votes in the contest — 130 — and won a full-page color ad in Haddonfield Today. Three other stores each received 100 or more votes:

A total of 676 valid votes were recorded for the 19 participating stores and restaurants.